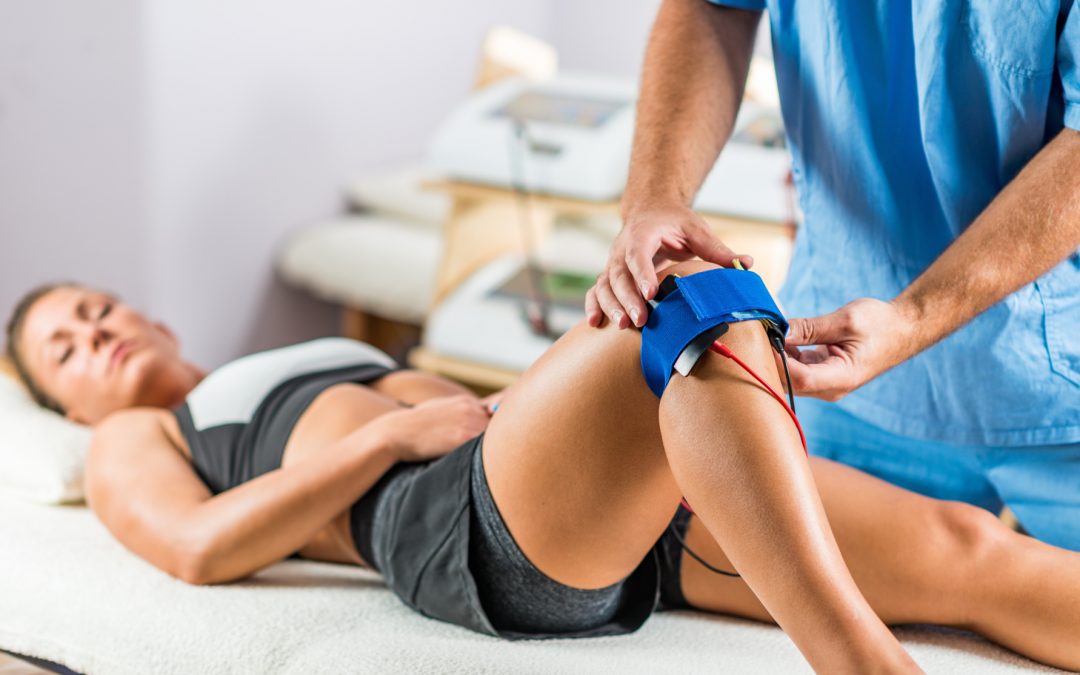 An injury made my life better!

For anyone that’s done their ACL (Anterior cruciate ligament – a common knee injury), you’ll know it’s a hell of a frustrating injury. I did mine whilst on a ski season in March 2015 and it was a long road to recovery. Here’s my story.

Every year from 2011 to 2016, I spent my winters in the French Alps working in a little mountain restaurant in a ski resort (Les Arcs). My days were filled with skiing, drinking, partying and working, and I had the best times of my life there, with friendships that I’ll keep forever.

I had 1 day off a week, in which we’d usually ski in the morning, then head for a (very) boozy lunch at one of our favourite restaurants. It was our favourite because they’d give us litre after litre of wine for free, as well as sugar cubes soaked in a 90% homemade liqueur and a hot cocktail made with all their white spirits and coffee – all of which got you pretty tanked up..

This was a standard weekly occurrence on our day off. A couple of times over the season, our whole work team would head out together for a staff day out – it was on one of those occasions I injured myself. On this particular day, after hours of eating and drinking at the restaurant, my bosses both thought it would be a great idea to get the camera out and do some jumps on the way home.

Fueled with wine and sugar cubes, I skied towards the jump and went for it. The only thing was, the landing was actually a second jump, which catapulted me into the air (like when someone bounces you on a trampoline) and I then landed too flat on both skis, so one of my knees completely gave way.

The first thing I heard was a loud pop, followed by 20 seconds of intense pain. I knew instantly what I’d done as I’d had a few friends that’d done the same over my years of ski seasons. Not realising how serious it was, everyone just laughed, so I tried to carry on skiing home but my knee just kept giving way, so I had a piggyback the rest of the way.

Once back at the bar, we carried on with our staff day out and kept drinking until the early hours of the morning, which helped with the pain but in hindsight probably wasn’t the most sensible thing to do. The next day, I could barely stand up and my knee had doubled in size. There was no way I could drive my car, so I got my friend (who had just passed her driving test) to drive my car to the doctors, down a snowy French mountain road..if I wasn’t already anxious, that definitely made me feel on edge!

I had an X-Ray and Lachman test (where they pull the top half and bottom half of your leg apart – horrible) and the doctor basically told me – in French – that my knee was destroyed. He said my ACL was completely in 2 parts and that I’d never be able to ski again or do any other sports without difficulty. He advised an MRI and subsequent surgery, which I decided to wait until I’d returned to the UK for, so that I didn’t have to shell out thousands of pounds.

My bosses felt a bit guilty and luckily they let me stay until the end of the season just doing admin work. About a month later and my knee felt much better aside from it giving way every so often. I managed to drive the 24 hour journey back home and got myself booked in for an MRI scan, which had a 2 month long wait. During this time, I had some physio sessions and wore a big metal brace for support.

When I eventually had the MRI scan, it was straightforward and they didn’t say much but said it could take another 2 months for my results, which I was eager to receive to find out what the next steps were. At the time, I was back to my summer job in Cornwall, working at a very busy restaurant and on my feet for 10-12 hour shifts. I really struggled as my whole leg would seize up and ache, even when I started doing bar shifts rather than waitressing.

I was so excited when I received my letter with an appointment for my results and I couldn’t wait to hear what the consultant had to say. After such a big build up and 4 months of waiting, he essentially said “Yes, you’ve done your ACL but surgery is a last resort so just see how it goes for now and keep going to physiotherapy”. It was the most frustrating response I could have had and I drove home in tears, feeling angry and let down.

Over the next few months I saw the same consultant again twice – bearing in mind the hospital is an hours drive each way – and both times he said exactly the same thing. I was getting increasingly angry and frustrated with the lack of help I’d received and eventually he referred me to the head Orthopaedic surgeon.

By this point, summer had long gone and it was already November. I had 1 month before I was planning on going back out to do another ski season – although I knew I wouldn’t be doing any skiing.

The surgeon did an arthroscopy on my knee to see what was going on and when I came round from the op, he said he couldn’t believe that I’d managed to cope all summer as my knee was so messed up. I cried again as I couldn’t believe that someone was finally listening to me and acknowledging that there was a problem that needed fixing. I explained I was going back to France to work for 5 months and he arranged to put me on the waiting list for an ACL reconstruction ready for when I returned.

I still had a great time in the Alps over the next 5 months, even though I couldn’t ski. It felt like home and where I needed to be, surrounded by the people I was closest to. The season drew to a close and I waited to be called for an op. They phoned me and said they had a cancellation in 2 weeks time if I wanted it – of course I said yes!

Before I knew it, I was in a hospital gown waiting to be taken to the operating room. The surgery was in June 2016; I definitely underestimated the procedure and how painful it was going to be afterwards.

The tissue that they took to create a new ligament was a Bone-Patellar Tendon-Bone Graft – the middle third section of my patellar tendon from top to bottom and a bit of the bones on each end (part of my kneecap and tibia). They then drilled holes into the back of my femur and front of my tibia, before attaching the bone ends of the graft with screws – it crosses diagonally through the knee joint. The whole procedure took about 2 hours.

The hours after the op are a bit of a blur – I woke up and immediately started crying from the pain I was in. I begged for more drugs and they gave me a heavy dose of liquid paracetamol as well as morphine. I still had a nerve blocker in my leg, so the pain was only going to get worse.

Funnily enough, there was some sort of rugby tournament on at the time. The England vs Wales game was on that afternoon and for some reason I was desperate to watch (even though I’ve never been that into watching sports in TV). I have absolutely no idea why I was so eager to watch it – I kept pressing my buzzer to ask for my iPad and the poor nurses eventually brought it over to me so I could spend the next few hours watching the match.

I was meant to be discharged that evening, but my blood pressure was way too low at 90/60 and every time I stood up I was nearly sick or passing out. So I had to stay in overnight. Eventually, we realised that I had to stop taking morphine before I could be discharged as that was causing my low blood pressure. Numbed only on paracetamol and ibruprofen, I had an extremely painful 1 hour journey back home (the joys of living in the middle of nowhere in Cornwall).

The next week was hell – I can still remember the excruciating pain I was in. I begged my mum to remind me of that moment if I ever needed to have the same surgery again, and to not let me do it – Ever!! It took me about 2 weeks to be able to walk even with crutches and about 7 weeks to be able to walk without. During that time, I was stuck in the house with no one around and I soon fell into a pretty severe depression.

My mum felt so hopeless; I’d literally sob for hours on end and not know why I was crying. I just felt so overwhelmingly sad and lonely and there was nothing I could do about it as I was housebound. It was around this time that I had an evening planned for my birthday and all but 2 friends bailed at the last minute after I’d spent hours preparing food and drinks. That was one of the lowest times of my life, when I felt like I needed help the most. That was hard to pick myself up from.

I was constantly exhausted from trying to teach myself to walk again, trying to regain range of movement in my knee and being in pain all the time. When you have knee surgery, they definitely don’t let on to how long and intense the recovery is. It’s a process that no one can understand unless you have been through it yourself.

I found solace in following other people’s ACL journeys on social media and it felt like a little community, all supporting one another through our recovery process. 12 weeks went by before I could drive, as it was my right leg, but once I could, I had a little bit more freedom. A friend then secured me a job working in telesales, which allowed me to focus my attention on something.

Throughout the next year, I started to get into exercise and attended the gym regularly. My knee slowly improved and began to heal. After having so many physio sessions, it really sparked my interest in fitness and before I knew it, I’d signed up to a Personal Training course. 14 months after starting my telesales job, I moved to Bristol and qualified as a PT within 5 weeks. Since then, I’ve achieved things I could never have dreamed of; I have a successful business and a job I love, I’m fitter and stronger than ever before, and I ran the London Marathon (although that story is for another day)!

Thinking back now, that whole experience was one of the hardest things I’ve ever had to go through physically and mentally. It made me realise that I’m a massive wimp and I cry way too easily, but I also realise my strnegths to have come out the other side. I also believe that everything happens for a reason and I would never be where I am today without that hell of a journey……to be completely honest, I think I’d be an alcoholic, still smoking 20 cigarettes a day and several stone overweight.

So, I guess I would say I’m both thankful and grateful for doing my ACL. Life is a series of twists and turns; with highs come lows and vice versa. We’ll always suffer knockbacks …..but it’s the comebacks that matter.