The Science Behind Glute Training 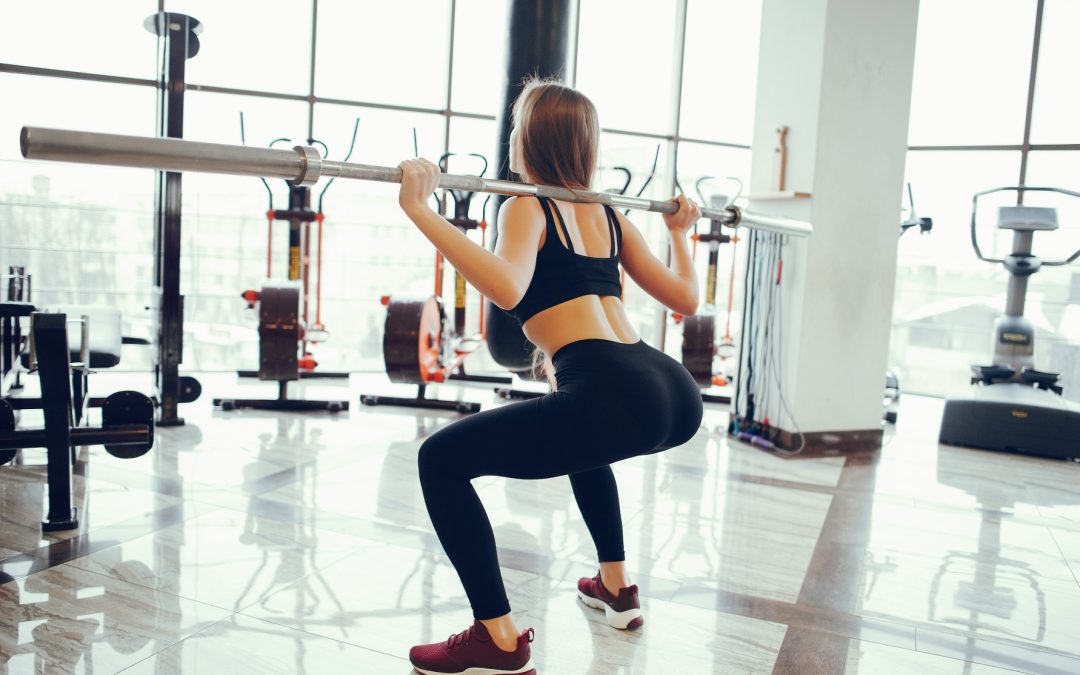 In an age where it’s seen as ‘normal’ to hop on a plane to Turkey and get a Brazilian Butt Lift, what if I told you that you can achieve the same results WITHOUT surgery? You can grow your glutes using weight training, as long as you have a structured programme to follow and understand the way in which the muscles work.

First of all, the Gluteals are made up of 3 different muscles:

Gluteus Maximus – the largest muscle in the body. It extends the hip, externally rotates the femur, abducts the leg away from the body and posteriorly tilts the pelvis.

Gluteus Medius and Minimus – both smaller than their larger counterpart, they sit towards the lateral edges of the hips. They also abduct the legs away from the body, medially rotate the femur and help to stabilise the pelvis when one foot is elevated off the ground.

Each of the three muscles are made up of different fibre types (fast and slow twitch) and the fibres run in a multitude of directions. This means that they respond well to a mixture of training methods and techniques; there isn’t just one ‘magic’ exercise (although hip thrusts are pretty up there).

Due to the way the fibres run, it’s important to train the glute muscles in a variety of different movements and planes of motion; moving your body forwards, backwards, left, right etc. Think 3-dimensional. In a similar way, you don’t want to stick to one tempo or rep range either, so be sure to vary these too to ensure that all fibre types across the three muscles are targeted.

Exercises themselves can be broken down into different load vectors – you want a mixture of Axial (loaded from top to bottom e.g. Squats, Deadlifts) and Anteroposterior (front to back e.g. Hip thrusts) and some exercises are a combination of both (e.g. 45 Degree Back Extensions, Sled Pushes, Sprints).

The majority of people tend to perform too many Axial-loaded exercises and not enough Anteroposterior-loaded exercises, resulting in a loss of strength, power and not using the muscles to their full advantage. This often means that the Quadriceps and Spinal Erectors are well-developed, but the Glutes and Hamstrings are weak and inactive.

The bottom part of a Squat has actually been shown to create the most stress on the glutes due to the increased load in a stretched position (usually resulting in more DOMS or Delayed Onset Muscle Soreness), however it has fairly low glute activity as the Quadriceps and Hamstrings have to work harder. Deadlifts begin with mostly Hamstring and Spinal Erector activity, then the glutes have to work harder in the mid to top range of the movement to achieve hip extension and ‘lock out’ at the top.

Glute Bridges and Hip Thrusts have shown to result in the highest glute activation and activity, yet less stress on the glutes (less DOMS). The angle of your knee joint changes minimally, decreasing Hamstring involvement and forcing the glutes to work harder. The glutes are working hard in both the bottom and top range of the movement, although more in the top, but they don’t get a rest like they do in a Squat or Deadlift. Due to this constant tension throughout the Hip Thrust movement pattern, you will feel a great burning sensation and feel a ‘pump’. It can even feel like your glutes are cramping.

Lower body exercises can also be further broken down into sub-categories:

All in all, you want a mixture of all these exercises – although this list is not exhaustive – as well as including hybrid movements such as Sled Pushes and Sprints. Make sure you vary as much as you can within your training; centre of gravity, tempo, contraction type, load type, knee action, kinetic chain, ROM and stance width. Variety is key!

I would also say that my favourite glute exercise has to be the Hip Thrust. It’s something that even beginners can do and is less technical than a squat or deadlift. You can load up the exercise without it being dangerous like a squat potentially could, due to it being an anteroposterior load (similar to the bench press) and the amount of stability you have through increased points of contact.

Often, we stop performing reps of Squats and Deadlifts due to form breaking down, rather than muscle fatigue. Whereas with Hip Thrusts, it tends to be an inability to push through the cramping, burning feeling that pulses through your muscles. Also don’t be afraid to go heavy, as long as you can still reach full hip extension with a posterior pelvic tilt.

Is it important to feel your glutes in exercises such as hip thrusts? It can be difficult to feel the ‘burn’ the heavier you go. But just because you don’t feel the burn, doesn’t mean the muscles aren’t working. This is just another reason to vary your rep-ranges. A favourite of mine is a skewed pyramid set – e.g. the reps would be 20, 10, 8, 6, 20. The lower the reps the higher the weight, finishing with a high-rep burnout to feel the mind muscle connection.

So..there you have it! If you’ve made it to the end of this, well done – there’s lots of information there to take in. I feel like there’s still so much more to be said on this topic and it’s a subject that I find fascinating. If one of your goals is to grow your glutes, then start by making a plan based on the info I’ve given you and implement a high frequency training plan (it’s optimal to hit glutes 3-4 times a week for hypertrophy). Take progress pictures and measurements to track your progress.